What struck me about their blog post was the simplicity of the API: 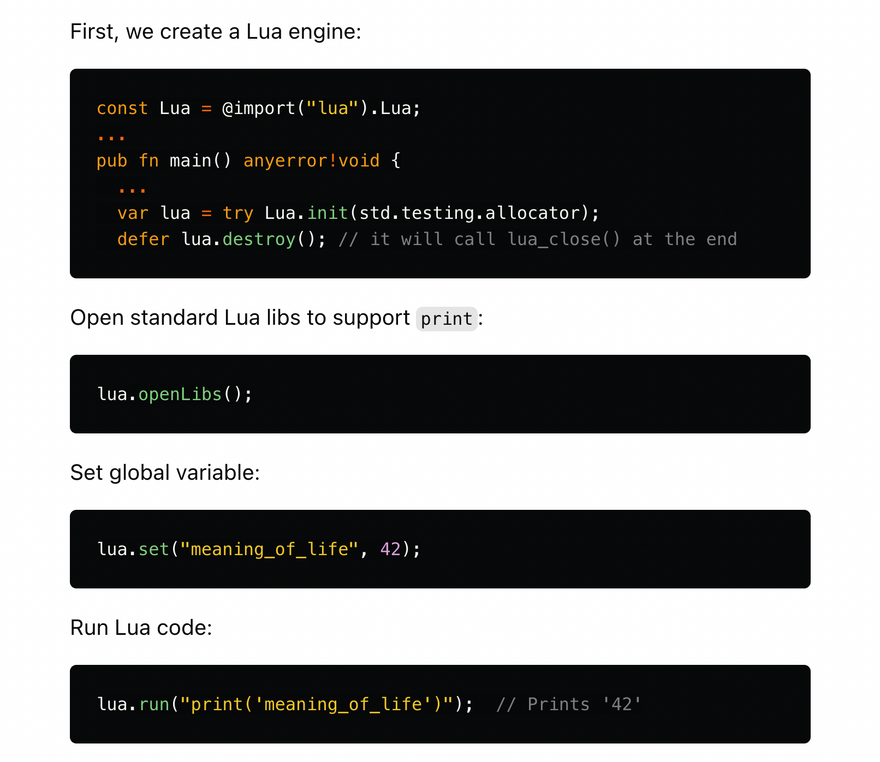 Runner up for this month's showcase mention, @JonSnowbd's project called ZT, "A zig-contained library for Windows and Ubuntu that automatically compiles and links ImGui, OpenGL, stb_image, and GLFW into typed packages." which has been in development for over 9 months: 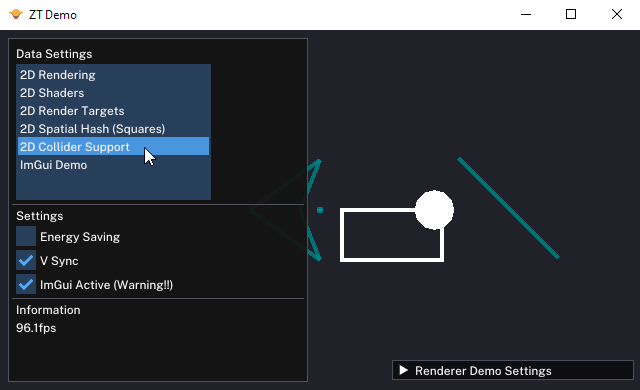 Highly suggest checking out the Reddit discussion if this interests you.

Andrew Kelley shared how the upcoming stage2 Zig compiler can compile an executable from scratch and run it faster than Python can interpret the file on the right: 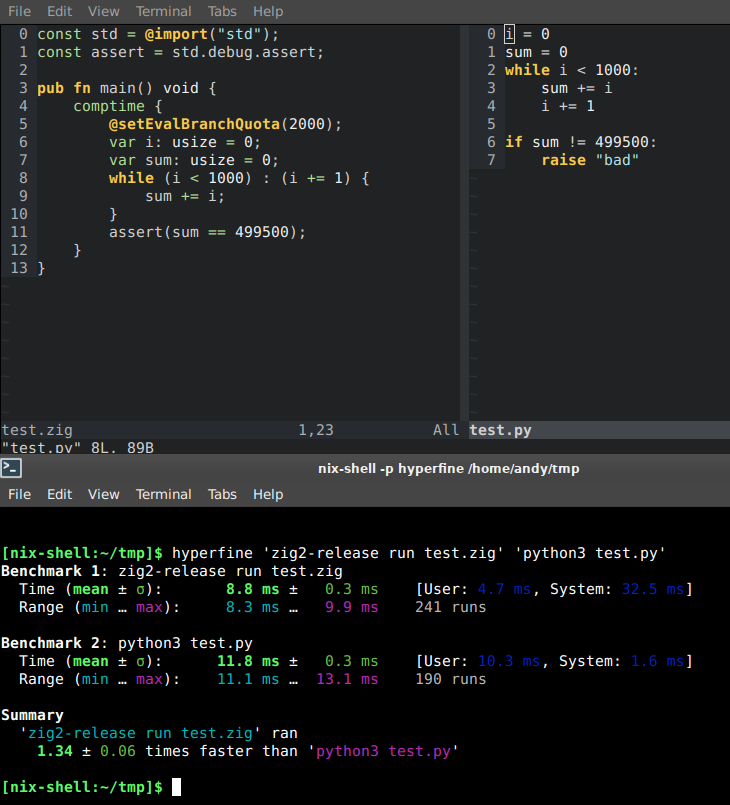 We're also starting to get the first hints of how Zig's hot code swapping feature will work, with the first successful hot code swap shown on one of Andrew's recent Twitch streams!

Implementing the "Self" programming language in Zig

@sin-ack shared on Discord how they're working on an implementation of the Self programming language:

For about the past 2 months or so, I have been working on an implementation of the Self programming language (https://selflanguage.org/) in Zig. It's been coming along pretty well so far; the language parser, AST, interpreter and VM runtime is now done. For the past couple of weeks I have been working on getting garbage collection (generational scavenging GC) right and for the past couple of days I've been doing performance work. Feel free to ask me anything :^)

The project is available at: https://github.com/sin-ack/zigself

I've been recording some of the things I've worked on and uploading them here: https://www.youtube.com/channel/UC7XQtFrGLTuJpIMTg3oiZ5Q/videos (just published a second video, actually :^)

@MichalZiulek is back again with more incredible DirectX graphics demos, this time showing how GPU reasterization of triangles works in slow motion ("This works by capturing render output to a transient buffer and then playing it back at human-discernable speed."):

Check it out on GitHub and consider sponsoring Michal's work!

The other two notable mentions from Michal are: 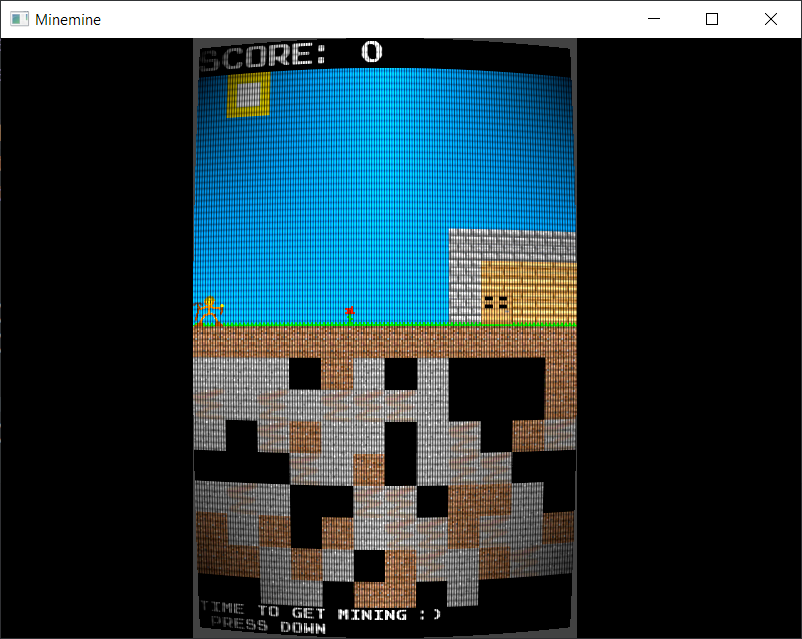 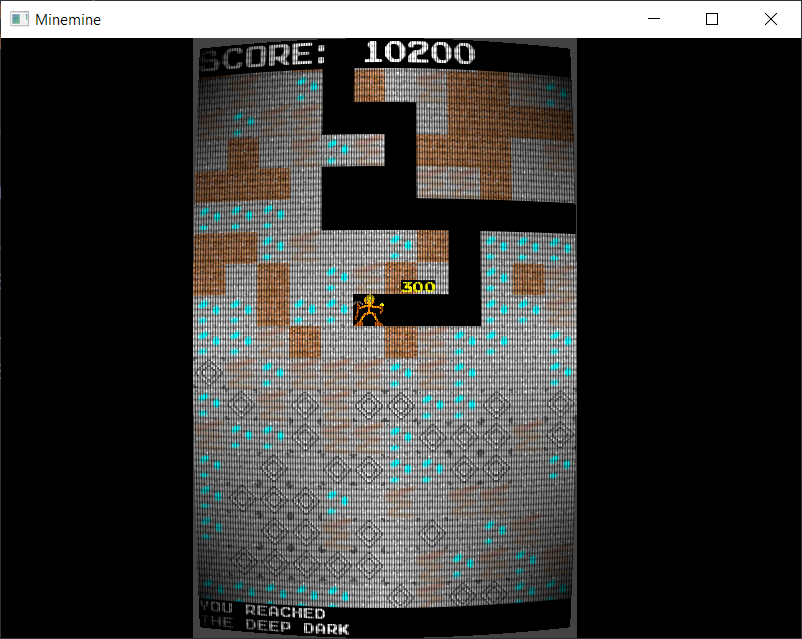 @regenerativep is building a Minecraft server:

to feel my way around zig and networking and the minecraft protocol. not a lot of functionality, but the server can be joined and you can see other players move around https://github.com/regenerativep/zig-mc-server

How to Release your Zig Applications